Originaly Twin Eagles HD MC Farsund was founded in 1992  and rented a rebuilt apartment building as a club house.

The fall in 1997 the neighbours outbidded buyers of the property to get ridd of the club from that area.

The club then moved for a while to an apartment building in Fjellstad, this was before we bought the loacation that we are at today.

On the location in Stokkeveien back then there was only a small cabbin, now it has three buildings. The partyhouse, the garage and the new apartmenthouse was built during thousands of voluntary work hours back then.

During the first years of the club it was all about partying and traveling. The club always been a pure HD club

so after a while we wanted to become a part of the established biker envirement.

Eventually, the club moved into the Norwegian model for bikers, and the circuit was bigger both in Norway and Denmark.

Then we became a Friendship Club with Devils Choice MC, and patched on October 12, 2013, along with 9 other clubs. 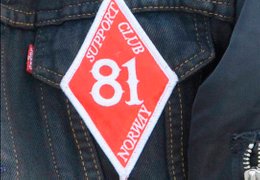